He also worked with the Currende Consort (Erik van Nevel) with which he has made several radio and television recordings and CD’s (in the “Flemish Polyphony” series).

In 1996 he was a prizewinner at the international competition Musica Antiqua Bruges. In 2003 he was the central figure at the Musica Antiqua Festival of Bruges, where in addition to the Combattimento di Tacredi e Clorinda (Monteverdi) he gave a Schumann recital with the pianist Claire Chevallier. In January 2008 he made his debut as Orfeo (Monteverdi) in the National Opera House of Poland with the ensemble La Fenice (direction: Jean Tubery)

“An exceptional Evangelist, giving staggering precense to the text”, Jan Van Elsacker is much sought after every year to perform the Passions of J.S.Bach. But his refined sensibility is also marvellously suited to Italian monody of the early seventeenth century.

Jan Van Elsacker is since 2010 voice and ensemble teacher at the Early Music Department of the Musikhochschule Trossingen. 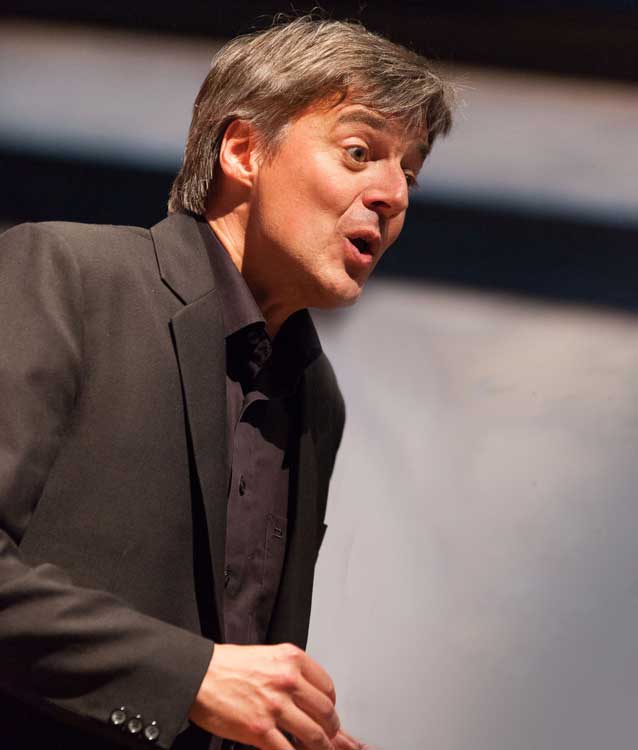